The final game of the 2018 U23 Inter Service Championship was played out at RAF Halton in conditions you may experience when you attack the Hillary Step on your final assent to the Mt Everest peak. Gales that made it difficult to stand up, driving rain across the pitch at a 45 degree angle had the rugby purest knowing this was going to be no running rugby day, both teams warming up had passes being blown way off course, so it was going to be a ‘up your jumper’ type of game. 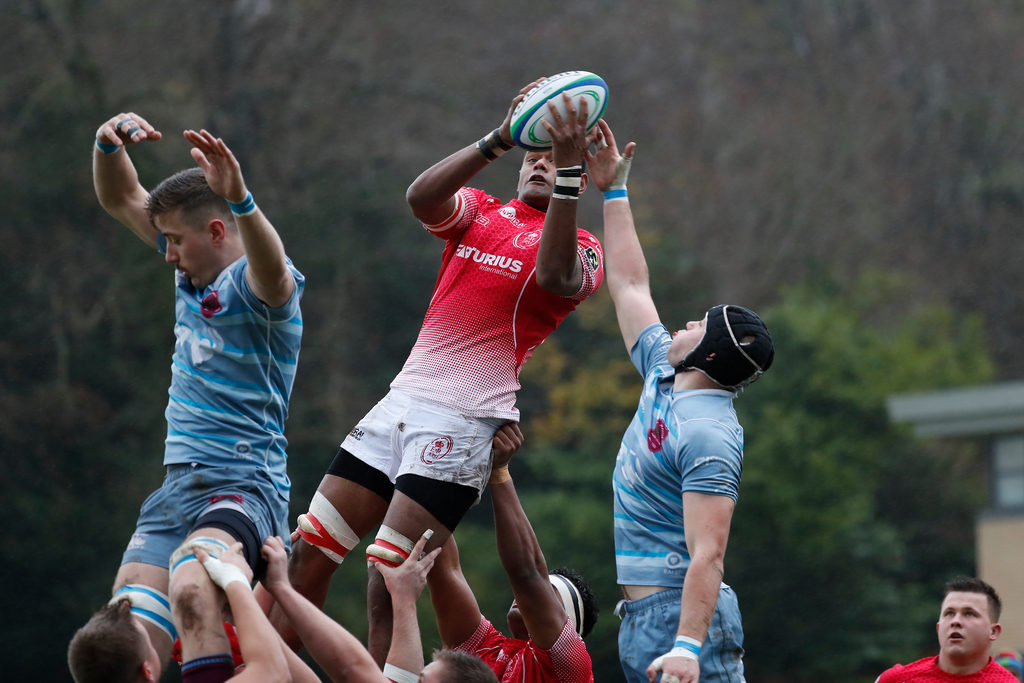 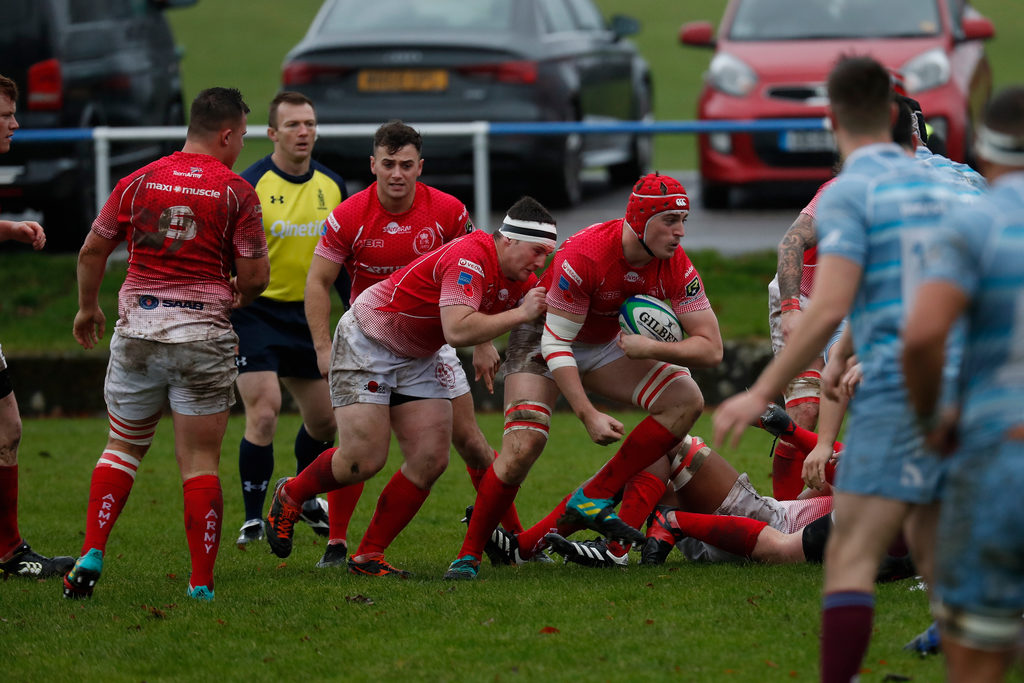 The Royal Air Force played with the gale in the first half and had the Army team pinned in their own half for the majority of the match, however in a similar fashion to the Royal Navy fixture the previous week you could sense an inward belief that confidence was growing as the defence held firm for the REDS. Remarkably the RAF scored two long range penalties in the increasing gale that the kicker must have aimed off by some five metres to get the ball through the posts…. The Army were the only team to cross the try line with some close in forwards work (read the same later for the other Army trys) and went in at half time 7- 6 up.
The RAF started the second half knowing they would need to win by 9 clear points to win the championship, playing into the gale that was always going to be a difficult task, and so it proved so. The Army utilised the wind in a similar fashion to what the sky blues had in the first half and scored three more trys, two from a now dominant pack and one that was blown wide by the backs to finish in the corner, full time 26 – 6 and the young Army team won their first Inter Services title for five years. 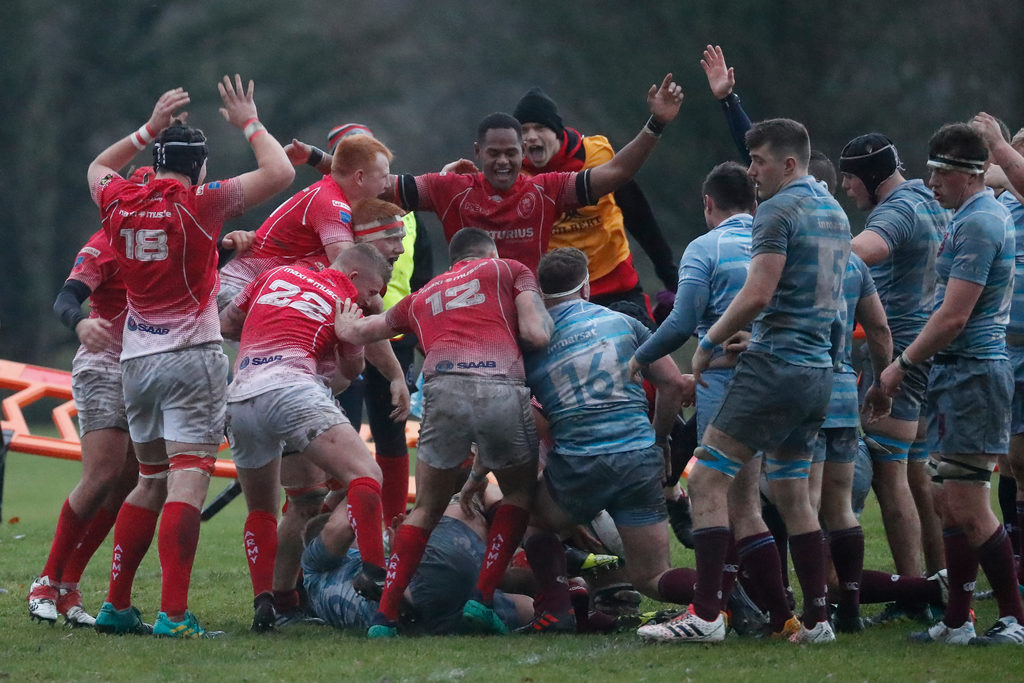 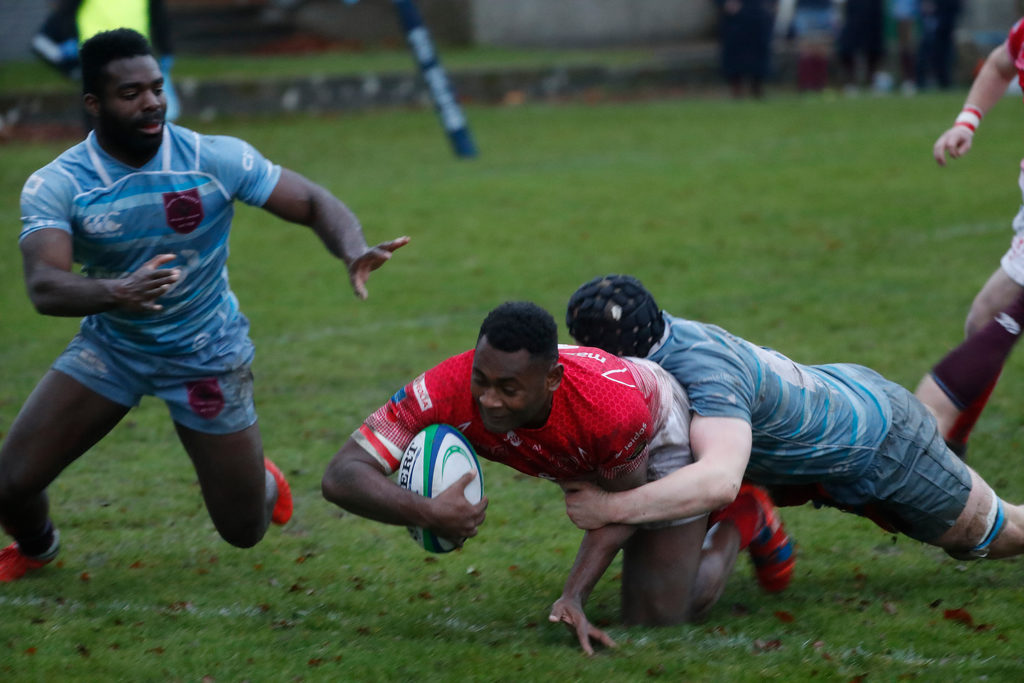 Many congratulations to all players, coaching staff and the administrative team that have contributed to a job well done…. Let’s see how many ‘pop up’ in Head Coach Burnie Burnard’s Senior squad post-Christmas, the message is Army Academy rugby is healthy and pushing forward. 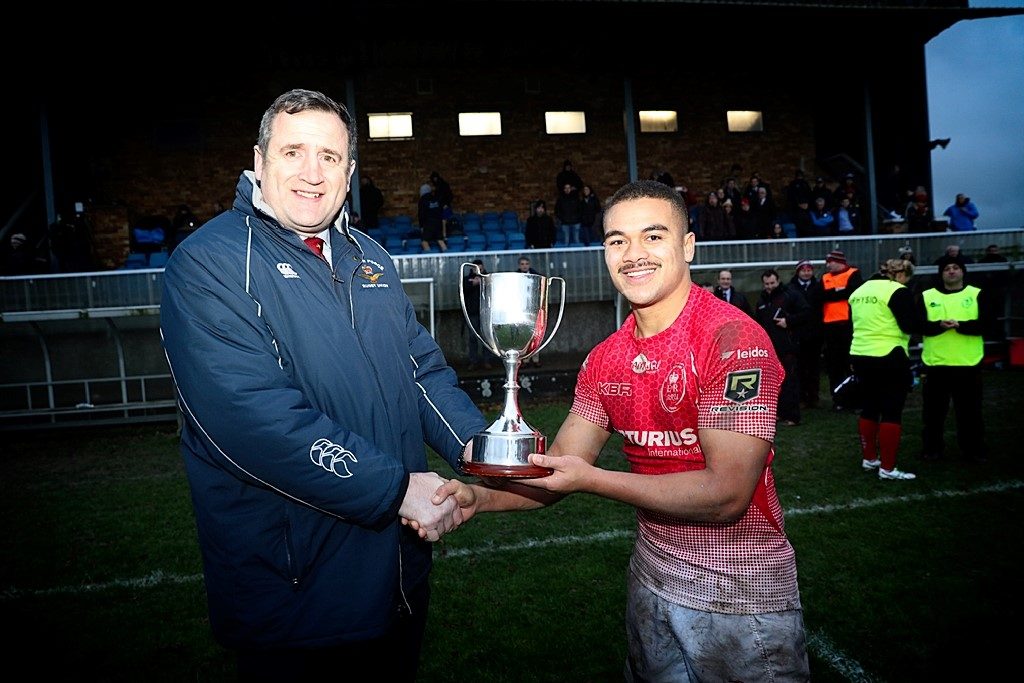