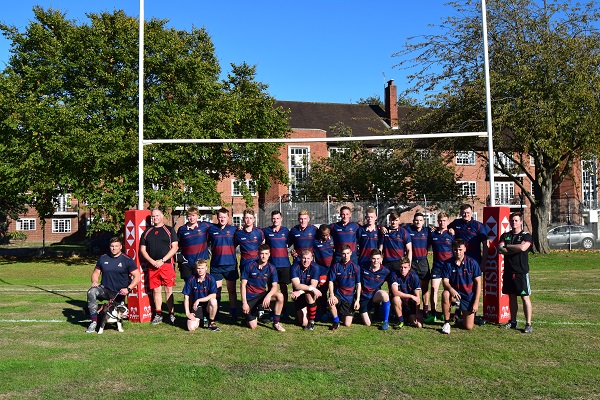 Within the first few plays it was imminent that the fixture could end up very one-sided, due to the Colchester team being very well drilled but this did not deter the game. Colchester were first on the score board, with some very slick moves between the backs leading to a quick breakthrough try on the wing. This was followed by a further 2 dominant backs try’s, with the LONDIST boys slowly gathering their pace of the game. Some really strong forward pod work by the LONDIST boys produced a very well deserved try under the posts for the Captain (2Lt Tom Hodson (London UOTC)), which was then converted by himself, a strong finish to a hard fought first half. 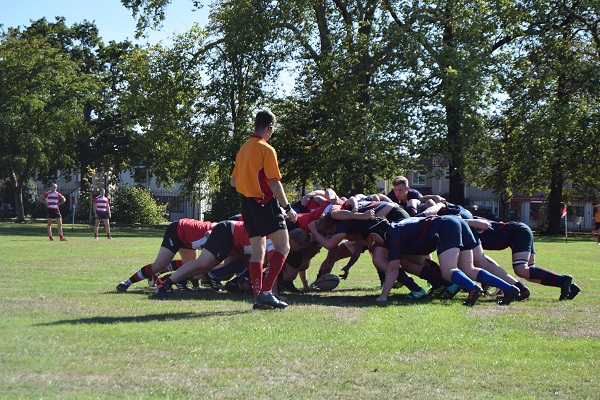 After a very important ‘were going over the top chaps’ half time talk from the Head Coach (Griff), the second half was very much the same as the first, the Colchester boys being very well drilled and utilising their Army players in the backs to produce some awesome try’s! This did not drop the heads of the home team, nor did it dampen the spirit of the game as a whole, the forwards put their necks on the line, making some brutal tackles, and were hard in defence, turning over numerous attacks, which soon paid off with another fantastic try by Tom. The game finished off 51-15 to Colchester but the score line did not reflect the game and the way it was played, both teams gave their best on a beautiful Wednesday afternoon and was extremely well refereed by Cpl Dewald Swart. 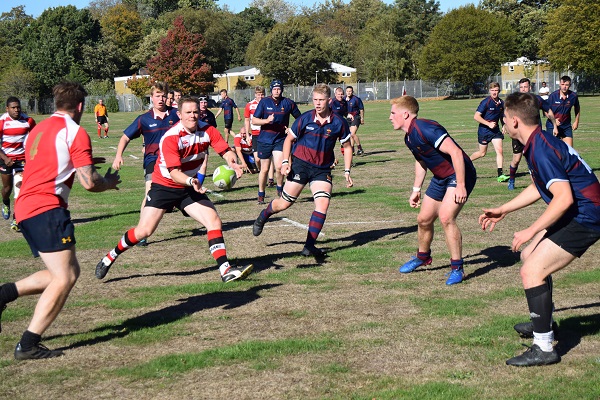 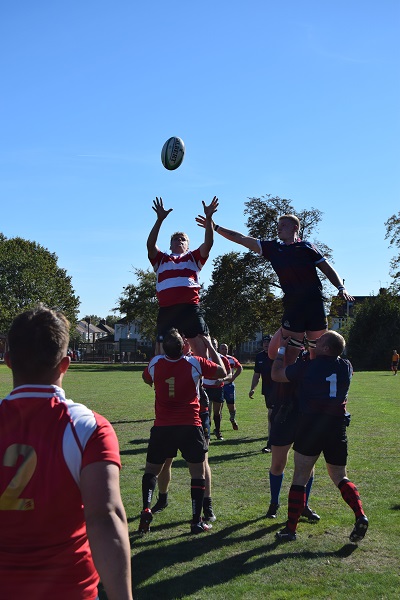