What amazing strides Army Women’s rugby has made since 1996.
At Aldershot on 13 March 2019 a ‘Reds A’ XV gave a hugely creditable performance playing Guildford Ladies before going down 25pts –19.
The Army, drawn from across the country, was full of confidence and vigour against an experienced, well rehearsed and disciplined Guildford side that had arrived to play powerful attractive rugby.
Passages of frontal assault forced the Army to defend early on but this young team were seldom on the back foot. They stuck to their guns and led 7pts-5 at half time after hooker Annabelle Whitecross had crossed.
On occasion, Army tackling was so direct as to force the Guildford carriers backwards. 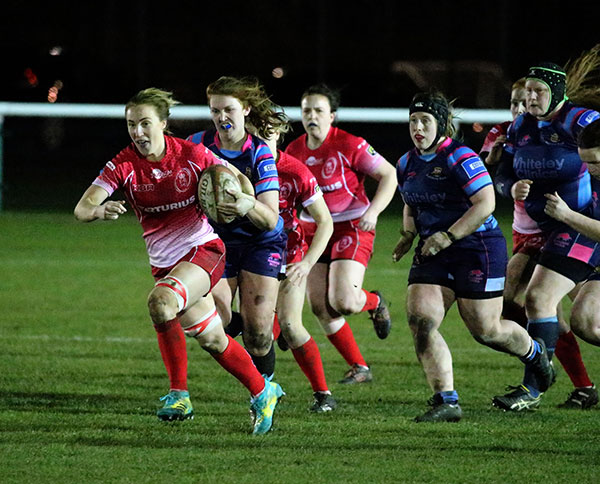 There were some standouts in the Reds XV, noticeably a powerful performance from lock Chelsey Sneed who unveiled an amended silhouette. She created the heavy current electrics that was able to shift and destroy. She was the match stand-out player.
As the Army picked up the tempo, confidence grew and any difference between the club side and the ‘Selection XV’ was minimal. The Reds frequently rampaged down the centre of the park—no more so than Welsh International wing Bethan Dainton who is being re-jigged as an openside flanker. From the Army 22 she left Guildford for dead to go under the posts.
Fly-half Lilly Patrick went over for a well-worked team try and also kicked two conversions.
In a young side a trio of ‘improvers’, to coin the modern phrase, stood out. ‘Gunner’ Tweddle, pulling on an Army jersey for the first time had poise and power and showed there is much more to come. Lock Lynette Di Orio was clearly at home in the middle of the rough stuff whilst Sarah Winder gave a ‘master class’ in one-on-one defence and attack. Roll on the Inter Services. 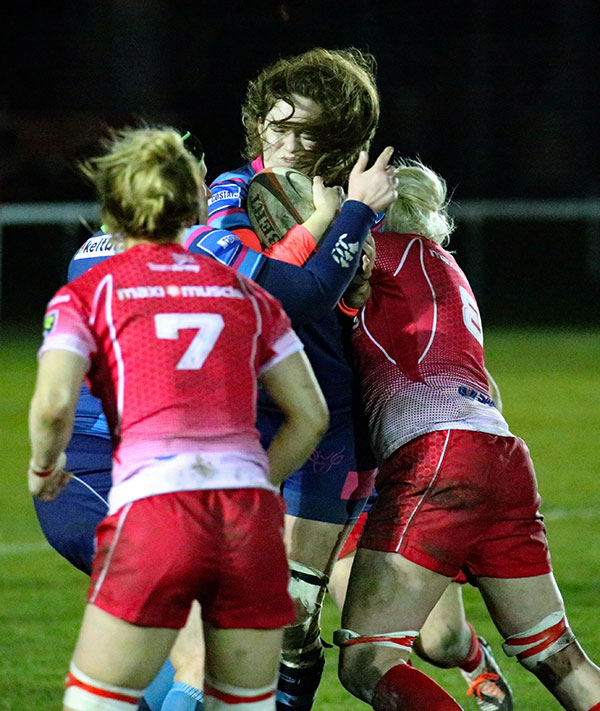 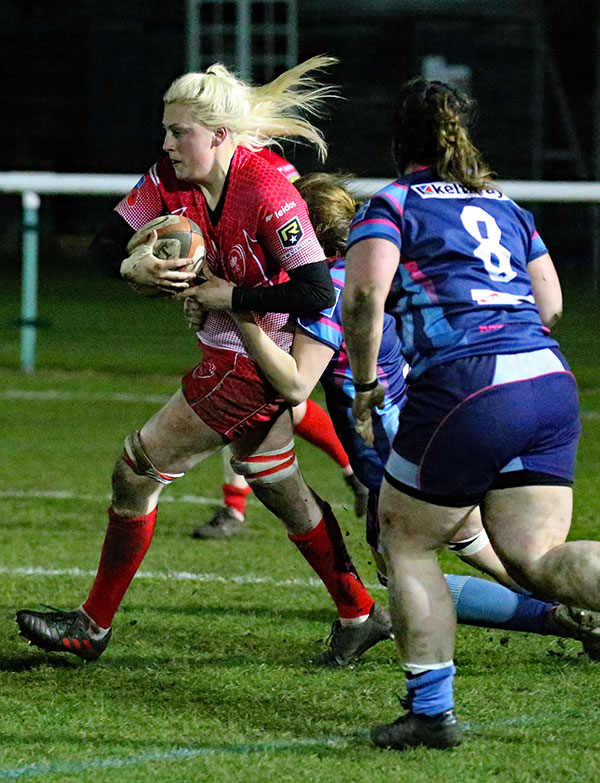 On a pretty blustery night it is very well done to the next generation of Army women’s rugby, their coaches and admin support. Guildford was a well-balanced and, in places, classy outfit and they were matched for major periods of an exciting and testing game of rugby.
More of the same in 2019 would do very nicely.